Ultimatums – Why They Just Don’t Work With Men 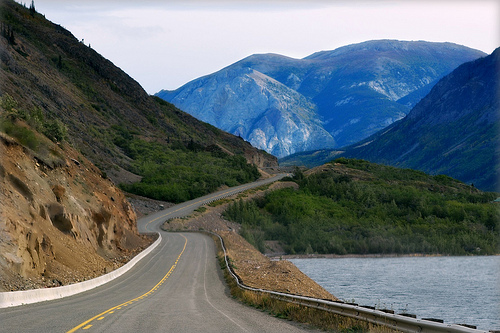 As I say in Girl Gets Ring – “No good relationship ever started with an ultimatum”!

Unfortunately you wouldn’t believe how many people still think an ultimatum will get them what they want. Sometimes people use ultimatums thinking that it will build a stronger relationship or, even (Gulp!), that they should use an ultimatum to get married!

Ultimatum according to Dictionary.com is defined as:

“A final, uncompromising demand or set of terms, issued by a party to a dispute, and the rejection of which may lead to a severance of relations or to the use of force”.

That doesn’t exactly spark images of warm and fuzzy romance or a happy marriage now does it?

In fact, there’s lots of verbiage there that could really be construed as a contradiction to a successful union, wouldn’t you agree?

Really think about it… who do you know that responds well to “demands” or a “use of force”? Not anyone I know that’s for sure!

I’m guessing your man won’t like it either, the same way you probably wouldn’t like it if “demands” or a “use of force” was used on you.

How to Build a Strong Relationship …

Strong relationships and marriages are built on mutual respect, trust, love and care for each other. None of those adjectives partner well with the ones used in the definition above.

This is why ultimatums are fundamentally a huge fail when trying to create a successful relationship that hopefully leads to marriage. Put simply, external motivations never last very long at all. It’s always the internal stuff that sticks.

They seem like such a good idea… so why don’t ultimatums in relationships work exactly?

That’s a fair question, so let’s dig into it a bit more deeply. Here are 6 reasons to reconsider ever using an ultimatum to get married…

Why Ultimatums In Relationships Won’t Work:

So is this to say that ultimatums never work? No, of course not.

There are always exceptions to every rule.

But in my experience ultimatums are usually weapons of mass destruction that can backfire on you faster than you can say boo. Then you’re left in a heartache situation you probably weren’t really ready to be in.

A Better Alternative For a Stronger Relationship…

Calmly and clearly communicate your needs and expectations to your man. If he truly cares about you, he is going to hear you and respond to meet those needs, because deep down inside he wants to make you happy.

If he doesn’t, it may be time to consider cutting your losses and moving on (sans the dramatics), because he might not be the right guy for you after all.

So how about you? Have you ever issued an ultimatum in your relationship? Did it work out the way you’d hoped it would? Or did it backfire? I’d love to hear your story in the comments below.