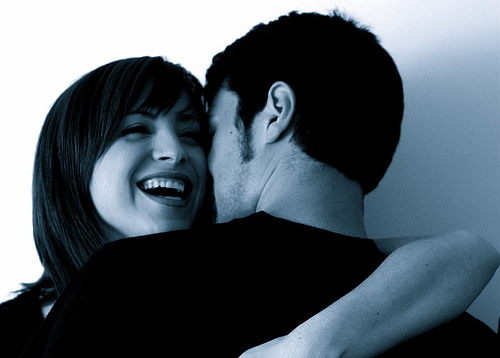 Often if you are feeling like your man doesn’t want to take your relationship to the next level, you wind up taking that to mean he’s (gasp!) a commitment phobe that doesn’t know how to be in a real relationship.

However that’s not always the case and it could be much simpler than you think.

Commonly men tend to struggle with a bit of fear over taking the next step in a relationship.

He also could be experiencing a warning bell clamoring in his gut that he’s just trying to take some time to make sense before making any big leaps into the unknown.

Many guys find themselves changing their views on commitment once they are in a relationship with a woman they care about, even when they were relatively confirmed bachelors up until that point.

It is never an overnight process though, despite your fervent prayers it will be!

Men need certain things from you the woman in order to feel secure enough to “let their hair down” so to speak, open up and reveal their true selves, much less commit to you for life. (I talk about this a lot in Girl Gets Ring, it’s all related what I call his “masculine hero avatar”… good stuff!)

So, if you’re feeling he may be balking at commitment maybe it’s a perfect time to do a quick relationship assessment and decide once and for all if he’s the guy for you.

Some women (I know this from fascinating past observations) can hear one thing from a man, but in their female brain completely translate it as something else.

At the top of the list of mistranslation is when a man flat out tells a women that he’s not the commitment type.

Then suddenly he will become one-woman man for life. Sorry ladies, but this is a big red flag of the true commitment phobic man that’s likely firmly entrenched in his bachelor life for good.

Has he expressed feelings from day one that he just isn’t marriage material? Or said something along the lines of “I’m not a one-woman kinda guy” or “I’ll never get married or have kids”?

If so this can be an extremely reliable indicator of his stance on commitment and settling down long-term.

Many women will still try to move forward though, despite all the clamoring warning bells, thinking they can “change his mind”, even when he’s expressed very directly that marriage isn’t in his future.

If this is your situation and he’s been very upfront about his position, it might be time to take him seriously and move on to warmer waters.

This is especially true if he’s very adamant, gets ticked off or shuts down when you want to talk wedding bells and kids.

What Holds Him Back From Making a Commitment

If on the other hand he’s expressed his interest in the idea of settling down “someday” but gets a little antsy or nervous when the topic is brought up, that’s much more promising.

It may just be he’s suffering from nerves and needs you to help him figure out what’s holding him back from commitment and make it easy for him to take the next step.

Remember that when a man feels like that green light in his gut has been triggered to yellow or red (which we’ve discuss in Girl Gets Ring as well as here on the blog), it’s practically impossible for him to move forward until he comes to grips with what triggered it in the first place.

How Can You Get Him To Commit To You?

If it’s basic fear that’s making him shy away from commitment, you may be able to alleviate it by showing him how much you love the real him, and focusing on the little things he believes most people don’t really pay much attention to.

When he realizes you pay attention to those little things, you become all the more important to him immediately. He feels you are special because you make him feel special.

Men can’t always verbalize it but they want to be loved for their true self and to be needed in a way that makes them feel like real men, not simply because they are a convenience, a “catch” or because you are desperate.

They want to feel comfortable in your presence, like they can be themselves without feeling dumb or devalued in some way because they aren’t what you expected them to be. It’s the little gestures that often show them they are important to you and make them start to feel you are the woman they could spend a lifetime with.

When it’s not just nerves or fear and he really is a true commitment phobe, your best bet is to cut your losses quickly and cleanly, and move on before there’s any lasting damage to your heart.

Don’t get down about it, just think of it as practice that will help you better spot the true potential of the next guy you meet.

So my question for you now is do you feel your man is a commitment phobe? Is he giving you very clear signals he’s just not the marrying kind? What about the not so clear signals?

Do tell us all about it in the comments below!