Looking For Mr Right? Discover What Attracts Men Most! 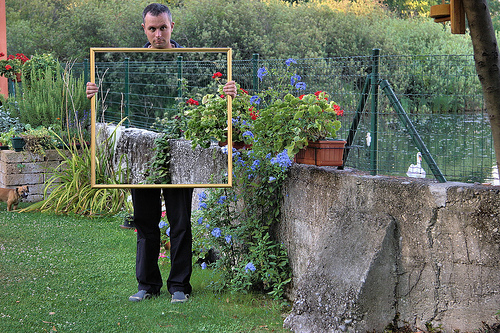 There are good men to be found the world over despite popular claims to the contrary.

Just think how much the world’s population has increased since the stone ages! 🙂

Sheer numbers mean there’s an almost limitless pool of men that are not only good men, but strong, honest, loyal and loving men. (Not to brag, but I happen to be one of them.)

It becomes even easier to find those men when you learn how to get really clear about what you do and don’t want in a mate.

We’re big on that in Girl Gets Ring.

Once you know what you do and don’t want, you’ve got a better idea of just where to go when looking for Mr Right.

But are good men really only ever found at places like church or your Aunt Norma’s Sunday potluck?

And are the men found at bars or nightclubs really only out for one thing?

And even if he is a good man, it doesn’t mean he’s Mr. Right for you. (But you knew that already didn’t you?)

By the same token, just because you met a man at a bar doesn’t mean he should automatically be relegated to fling status. Not all men that frequent the local hot spots are just looking for a roll in the hay.

The problem is not that there are no good men to be found, it’s that your idea of a good man is influenced by the ideals of the world around you, instead of your own.

These ideals say your man must be perfect or he’s not the man for you.

So What’s a Self-Respecting Woman Looking For Love to Do?

Recognize that men are only human, just like you. While standards are certainly a good thing, impossibly high standards only serve to derail your path to love.

Open yourself up to possibilities.

It’s definitely essential to be clear on the do or die qualities you want in a guy, but you also need to be careful you don’t wrongly make assumptions about a man based on petty things such as where you happened to meet.

And when looking for Mr. Right, remember this:

Don’t rule out a guy and his potential because of a single flaw, when everything else about him makes your knees weak.

Let go of all preconceived notions you’ve been ingrained with about finding Mr. Right (because he doesn’t exist) and open yourself up to meeting Mr. Almost Right, wherever he may be found.

If there’s one thing I’ve learned in my life, it’s that chasing perfection in any endeavor is a no-win situation. There is no person or a thing on this planet that could ever be dubbed “perfect”. It’s simply an unattainable goal and even self-sabotaging in some cases.

Instead of accepting a really good man as he is, flaws and all, it becomes a case of the woman trying to change the man to fit into her idealized version of “Mr. Right”.

Before they know it there’s resentment, anger, and confusion between them that throws them into an emotional quagmire of muck. The happily ever after they were hoping for becomes not so happy after all.

Figure out your must-haves in a man and then let the Universe do the heavy lifting; allow the rest of the chips to fall where they may.

Looking For Mr. Right? It Starts With YOU!

To keep yourself from falling into the trap of endlessly searching for the unattainable stop focusing so much on that perfect man you want to find and switch your focus to yourself.

Live your life, explore your passions, and live it up doing the things you love to do all on your own. In looking for love, this is extremely important…

And when you find a man that shares your passions and wants to share your adventures, you’re well on your way to finding the guy that’s perfect for you, regardless of his flaws.

The reality is that most relationships that become strong and lasting marriages are made between two people that were willing to work at being great.

Two people that realized there is no perfection on this plane of life.

Do you strive for perfection in your life? Does your habit in seeking perfection spill over into your search when looking for love? Has a relationship been derailed because you couldn’t accept your man without trying to change him? Please share your story in the comments below!