Are You Marriage Material or Just a Fling? 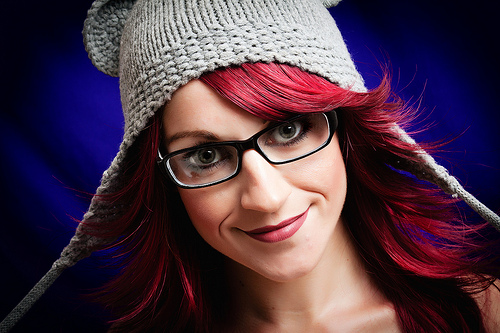 It’s pretty common for a man to decide (usually within a few minutes of meeting you) what they categorize you as.

When it comes to first impressions, a guy will often label women into either a “Fling” category or as possible “marriage material”.

Of course, the more you get to know a guy, there’s always the possibility that he will consider you just a friend as well. However, it’s much easier to get out of the friend zone someday than it is to get a guy to consider you more than just a fling.

So, that being the case, let’s focus on one of biggest dating mistakes that women make when wanting to be considered marriage material to a guy. It goes by many names; a fling, one night stand, or even a “booty call”. Yet, despite what it’s called, if a guy puts that label on you then he’s definitely not considering you to be his potential wife someday.

Dating Advice From Men For Women: Are You Marriage Material Or Just a Fling?

If a guy decides that you’re fun to hang with, but avoids taking you home to meet his mother, it’s very possible that he considers you as fling material only. He doesn’t daydream about what your future children might look like, and he doesn’t see you and him living together in a nice home with the white picket fence in his mind’s eye.

Simply put, he doesn’t envision marrying you. He sees you as a “potential no-strings attached” romp in the summer hay and unfortunately, that’s as far as he’s probably willing to take it.

If a man considers a woman as “fling material” only, then the odds of him pursuing a long-term relationship with her, let alone to marry her and have 2.5 kids with her, are slim to none. So, while your friends may advise you to avoid the friend zone, it’s even more critical that you stay out of the fling zone first. Here’s how…

How To Attract a Man And Keep Him…

We already know how important first impressions are. Unfortunately, however, there are many women that get so caught up in what the media says they should look and/or behave like, that they don’t realize exactly how they are being perceived by the opposite sex.

Furthermore, women are conditioned to believe that being seen as sexy is a way of asserting their independence. But in wanting to attract a man to you, there’s sexy… and then there’s way, WAY to sexy.

Don’t get me wrong, I’m a man… I can appreciate sex appeal. But a little goes a long way. If the sex appeal you’re pushing isn’t sustainable in your day to day life, then it’s probably too much and will send the wrong message to a guy you’re meeting for the first time.

Not to mention if you do move past the dating stage into a long-term commitment and then “let your hair down” so to speak… your man will be left wondering where you came from and what the heck you did with that hot, sexy girl he began dating in the first place!

Can You be Marriage Material AND Sexy? You Bet!

These days, to attract a man and keep him, it’s no longer about just dressing hot and looking sexy. When trying to find Mr. Right, and in getting him to see you as potential wife material, you should know that there are plenty of other things men appreciate in a woman besides her (ahem) assets.

There’s a “new” sexy today that’s being embraced like never before… Intelligence!

Brainy, smart girls can be super sexy for men! In looking for a partner for life, a man wants a woman who not only will match them in brains and intellect, but challenge them as well. I talk about this in GGR as well; it’s what I like to call “Nerdy Chic”.

Smart girls are a turn off ONLY to the type of men that ARE NOT wanting a long-term committed relationship. And, let’s face it, men wanting just a fling would much rather date a naive or dumb girl because they know they can easily get them in the sack and then move on with no muss or fuss.

What Type of Girl Do Men Consider Marriage Worthy?

Whether they openly admit it or not, most men want to marry a woman that is both sexy and smart. In other words, they want the ‘whole package’. And the great thing about intelligence is that you don’t have to be supermodel material to pull off sexy with your intellect.

Brains, confidence, and a having a point of view are just hot no matter how you package it. And the right man will see that immediately and, most likely, he will classify you as marriage material because of it.

Having a strong belief in yourself is another quality men find sexy in a woman; it’s a quality that differentiates you from the other women he might only classify as fling material. If you have a strong sense of self and know exactly who you are, men find that extremely attractive.

More importantly, by showing a man that you are strong and confident, he will also see you as a woman worthy of marriage. They figure if you can hold such a powerful belief in yourself, that then you could hold that kind of belief in him as well.

Attract a man by approaching him from a place of strength and brains, rather than overt sex appeal, if you want him to see you as marriage material. And remember that, although first impressions do count, as a woman you ALONE hold more power over men than you realize!

Especially when getting a guy to choose you as his future wife. Use that power wisely and you just might be pleasantly surprised!

Over to you! Any stories of your own you’d like to share? Please tell me in the comments below! 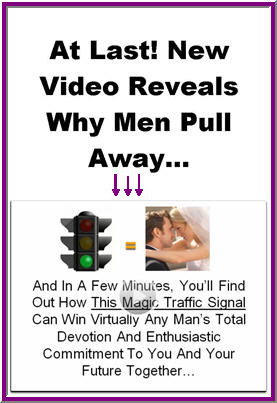