Opposites Attract – But Do They Get Married? 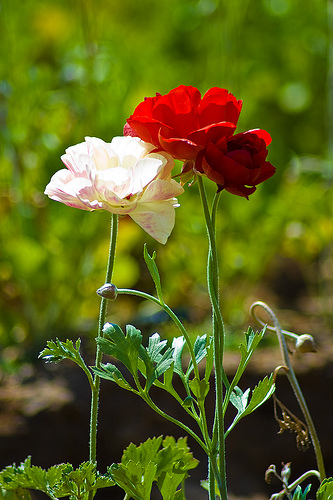 Connection with opposites in relationships is a tricky thing.

Everyone always says that “opposites attract” and in many cases, this is very true. However opposites in relationships doesn’t necessarily mean that it makes for a good long-term relationship.

Sort of a catch-22 when it comes to personalities and relationships right?

It’s almost like as humans, we’re sort of hard-wired to admire traits in our partners that we don’t see in ourselves.

And then we mistakenly think that dating someone that is so exciting and so different from us is the path to true love. I mean, if it’s this exciting, it must be true love. Right?

Sorry, but not always.

Often excitement and attraction are mistaken for love when it’s really just infatuation.

But when life gets down to the nitty gritty and that initial spark fizzles somewhat… you wind up just left with all the things that are different between you.

And without that spark and fire that initially made all those differences seem like the best thing since sliced bread… well, you can see where I’m going with this one.

Suddenly those differences that made things seem so amazing before just become issues that stand between you and get in the way of lasting happiness.

Do Opposites Attract And Last… Or Should You Give It Up and Date a Twinkie?

But you know that little saying, when you hang with someone very similar to yourself and everyone around you says “They’re like Twinkies” or “They’re so cute, they’re like two peas in a pod”?

That’s what I mean by date a Twinkie.

And listen… don’t blow off this relationship marriage advice prematurely. Dating someone that could be the male version of you is not necessarily a bad thing.

In Girl Gets Ring I discuss this briefly. I call it dating someone with parallel passions and interests.

Most especially when you are dating a man you are hoping will be a part of your long-term future, similar passions and interests are definitely a plus in your relationship verses opposites in marriage.

That’s because the longer a relationship lasts, the more time there is to fill up between you.

From that perspective, finding a mate that enjoys doing the things you yourself enjoy doing just makes sense.

When you and your mate share similar passions, it makes filling that time between you so much easier. Let’s take a look at the benefits of sharing long-term interests…

Why Maintaining Common Interests In Marriage Is So Important:

Enjoying similar interests doesn’t mean that you and your mate are exactly the same and therefore your lives will be boring together.

Having similar interests with someone doesn’t mean you can’t still experience excitement or share a love of the unknown.

Think of it like this- perhaps you both love the outdoors, but in different ways.

You love camping and horseback riding and your man loves things like water skiing and riding dirt bikes.

However, you both love being active and outdoors (the common thread)… you just love it in different ways.

Those different ways mean that you both have new activities that you can introduce each other to- activities that appeal to each of you because of that common thread (i.e. being active and outdoors) between them.

That makes for a great connection that can literally last a lifetime. You know that old cliché… the couple that plays together stays together?

In fact there may be no truer words ever spoken.

Sharing a life with a man that shares similar passions, similar values, and similar tastes as you just makes living that life together easier.

Not many relationships can survive constant opposition, at least not for long.

Dating someone who is the polar opposite of you may seem exciting at first, but when that excitement wanes, what do you have left?

Is it something you can build a life together on? Build a marriage on?

Those are questions you might want to ask yourself before getting too deeply involved with someone you know in your heart isn’t a perfect match. So, over to you…

Are Opposites In Marriage And Relationships Good, Bad or UGLY For Long-Term?

Have you dated someone you thought was perfect at first due to the initial attraction, but then found out later you were just too different? You couldn’t make it work? Please share your story in the comments below.