“I’m Not Ready For Marriage”…What He Really Means 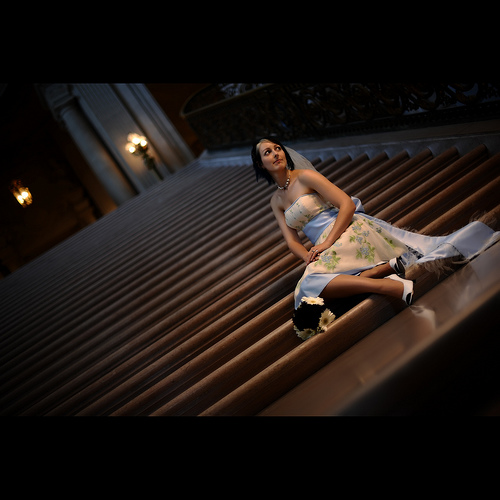 Have you ever heard that before?

I love you, but I’m just not ready to get married yet.

What the heck does that mean anyway?

In your mind, if he loves you marriage is the natural next step, right? It’s like the old kid song… “First comes love, then comes marriage, then comes the baby in the baby carriage!”

It’s simply the natural progression that you as a woman have learned to expect. So when a man says he loves you but he’s just not ready yet, it can really throw a monkey wrench into your emotional well-being.

This can make you begin to question whether or not he really does love you like he says he does and create a whole mess of undesirable reactions that can spell troubled waters for your (up till now) rosy future together.

The first thing you need to realize is that just because he loves you, it doesn’t mean he’s ready for marriage. At least not yet!

If your man is telling you he’s not ready for marriage, there are a couple of reasons why this may be the case.

Why He’s Not Ready to Get Married? Downright Fear…

We are so conditioned by the media today to believe so many misconceptions about love and relationships it’s almost tragic.

For a man, contemplating a life like that is frightening and simply does not motivate him to want any part of marriage or commitment. Men live in a constant state of fear over losing their freedom and being unable to be what they perceive as real men.

A man doesn’t want to be viewed as being “whipped” or having “his you know what on a shelf” (please excuse the vulgarity).

It’s a thought that terrifies most men and sends them running in the opposite direction. And unfortunately because there are very few true depictions of healthy marriages (it simply doesn’t make good television) the misconceptions become men’s perception of reality.

Obviously inaccurate, but helping a man see that is the challenge.

Men are hardwired to believe that marriage and all the things that come with it is almost something to mourn rather than something to celebrate. They view being single, dating lots of women and living it up as the Holy Grail of a life well lived and if you want marriage from him, you want to change him.

If you can help him see that committing to a relationship with you doesn’t spell changing himself for you or letting go of the things he loves to do, he will come around and wind up being ecstatic over creating a life with you.

But he has to feel that you are both in the adventure together and that you fully support him and his “true life mission” (this is related to his masculine hero avatar profile #2 that I discuss in Girl Gets Ring) in order for him to be ecstatic about embarking on the adventure in the first place.

Another Reason a Man is Not Ready For Marriage? Warning Bells Are Ringing…

He may be pulling the “I love you but I’m not ready to marry you” card because you’ve inadvertently ran roughshod over his masculine hero avatar #3 that I discuss in Girl Gets Ring, regarding his craving for your loyalty.

Whether a man will admit it or not, he desperately wants your fierce loyalty. Whether it’s defending him to the future in-laws, staying faithful in the path of temptation, or never revealing his vulnerable side to others in public… he counts on you to have his back.

Once you’ve broken this trust, you’ve changed his heart light from Green to Yellow or Red and inside (whether he can articulate it or not) he’s struggling to figure out the next step and if the trust can be repaired.

And a bigger question… is it worth repairing?

Why He’s Not Ready For Marriage – Summing Up:

Only you know the personal details of your relationship and whether or not you have tripped over this wire, but if you have in any way… it could be the reason he’s hesitant about moving forward into marriage.

It’s up to you to figure it out and attempt to fix it, because on a conscious level, he probably doesn’t even realize it’s a problem!

Now tell me… is your guy giving you resistance about getting married, even though he says he loves you? Please share your experience in the comments below, I’d love to hear ‘em!