Giving a Man Some Space Can Be a Good Thing 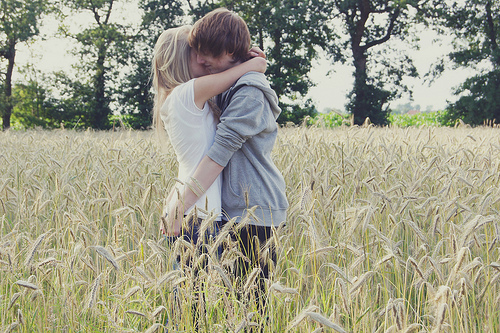 C’mon TDub, what’s this “space” you speak of?

We like each other. We want to spend every single minute together.”

Is He Feeling Smothered?

Men needing space is among one of the most common relationship issues. You meet a special guy and things are SO great.

You can’t help how you feel, you just want to spend every waking moment you can with that person.

Then suddenly… he’s back pedaling, looking for the nearest exit. You wind up struggling to understand what the heck went wrong because you thought things were going so well!

Well, yes and no. Here’s a little secret tip about men for you…

It’s true. Men crave emotional connection the same as women do… but sometimes giving them their space does more good for your relationship than piling on the love.

Remember that men and women are wired differently. And the truth of the matter is that while women often tend to fall in love with a man because they are spending time with him… men actually cement their growing feelings for you in the space between spending time with you.

A man can have a fabulous time out on a date with you and think you are the best thing since sliced bread, and even feel a deep connection. But, it’s that space between the times you spend together that really give him the opportunity to reflect and recognize his feelings for you.

Maybe he’s at work and has his hands busy but his mind free. When he hasn’t seen or talked to you recently, his mind begins to wander to you. He might wonder what you’re doing, or wonder how your day is going.

He might even wonder who you’re with right in that moment and feel a teensy pang of jealousy that you might be with a man other than him. Because he hasn’t seen you or heard from you, he just doesn’t know what you’re up to and that creates a bit of mystery for him.

And FYI creating a bit of mystery is also a beautiful thing, but that’s another post for another day. I can’t give you all the candy in the jar in one sitting, now can I?

Getting back to topic, in the Girl Gets Ring Course I talk about this idea of giving a man space a little more deeply and it’s really an important relationship issue to remember. So many great relationships wind up falling apart because of this majorly unexpected pothole folks slam into on their road to lasting commitment.

Easy Ways To Give Him His Space

OK so maybe you know intellectually that this whole giving him space premise is sound advice. A common relationship issue women run into is that because you are wired so differently than he is, it can be difficult for you to recognize when you are veering over the line and creeping into smothering territory.

A good way to keep thing moving along without being overwhelming is to focus on being responsive in your interactions and for every tic, offer him a tac. So maybe he calls you one day… the next time the balls in your court and you call him.

If he doesn’t answer… resist the urge to call again! Let him take the lead and call you back. If the connection is there, he will call you back.

Same goes for text messaging. It’s easy to go overboard with texting because it’s so easy and prevalent today. However bombarding a guy with 10 text messages in the space of an hour in comparison to his 3 to you, can start to make him feel a little hunted.

Making him feel hunted is definitely not your goal (at least I hope not!) so keeping the mantra “less is more” going inside your head whenever you are texting him can be helpful. 🙂

The Best Reason of ALL To Give Him Space?

Ultimately your goal is to settle down with the man of your dreams. And he very well could be that guy for you, and you could definitely be that gal for him. But if you don’t give him the space he needs to figure that out on his own, you’re just shooting your relationship in the proverbial foot.

When you give him some space… he starts to think of the last time he hung out with you, how much fun he had, how much your laugh delights him, how he loves the way your nose crinkles when you tease him, and suddenly this really weird phenomenon starts to happen.

He begins to miss you!

And when a man begins to miss you, you know that you’ve made a strong emotional impact that very well could lead to your future together… ring and all!